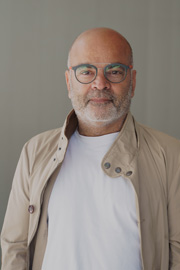 Colorectal cancers raise defensive barrier in response to chemotherapy (08/02/2022)
Drugs which are commonly-used as the first line of treatment for colorectal cancer cause the tumour cells to oversecrete proteins known as mucins, according to a new study published today in the journal eLife.

New research initiative puts Catalan cell and tissue research on the map (05/11/2020)
The Centre for Genomic Regulation (CRG) has hosted the inaugural seminar for CATCAT – or Cell And Tissue research in CATalonia – an initiative that brings together research groups working to understand how a cell is built and how cells are assembled into a tissue.

20 million euros to unlock secrets of cell division and test ‘liquid crystal’ hypothesis (05/11/2020)
Researchers at the Centre for Genomic Regulation (CRG) in Barcelona are part of two international consortia that will receive 20 million euros to pursue two radical ideas in cell biology.

The inflammation connection: Newly-discovered link between biological processes reveals a novel way to control inflammation (01/04/2019)
New biological findings point towards a new avenue for the development of anti-inflammatory drugs. The research focuses on a molecule involved in auto-immune, neurodegenerative and cardiovascular diseases

Protein secretion is an old problem of fundamental interest and while a number of question remain unsolved, we have focused on the following key questions.

1.     Mechanism of collagen secretion to address the issue of tissue fibrosis (collagenopathies).

2.     Mechanism of Mucin secretion and the associated pathologies of COPD and cystic fibrosis

3.     The mechanism of unconventional protein secretion.

4.     The shape and the biogenesis of functional Golgi cisternae.

5.     The biogenesis of transport carriers at the Golgi cisternae.

Secreted collagens compose 25-30% of our dry body weight. Affecting the homeostasis of secreted collagen leads to disorganization of tissues and to many physiological processes such as aging of the skin and tissue fibrosis. But collagens are too big to be carried in standard well characterized transport vesicles, so how are they secreted? A genome wide screen in our lab revealed new genes for transport and Golgi organization (Bard et al., 2006: TANGO genes) and one such gene product TANGO1 was found to be required for collagen secretion (Saito et al., 2009). We discovered a TANGO1 like protein called TALI is required for the secretion of ApoB-lipoprotein particles (Santos et al., 2016) and together these findings are helping in unravelling the mechanism by which cells export bulky cargoes that are too big to fit into standard COPII vesicles. TANGO1 assembles into rings around COPII coats (Raote et al., 2017) and recruits ERGIC membranes to help generate a mega transport intermediate for collagen export (Santos et al., 2015; Nogueira et al., 2014). It has recently been shown that knockdown TANGO1 to control collagen 1 secretion prevents development of liver fibrosis in a mouse model (Shah and colleagues. Mayo clinic).  In addition to delineating the mechanism of collagen and Apo-B lipoprotein secretion, we are generating reagents to control fibrosis and the levels of cholesterol and triglycerides by controlling the activity of TANGO1 and TALI.

Humans secrete a liter of mucin and our understanding of the controlled secretion of mucins is rudimentary at best. We have no understanding of whether they are exported by COPII vesicles, do they require receptors for sorting and packing at the ER and the Golgi respectively, and how does a goblet cell (which make and secrete mucins) secrete a set quantity of mucins? Hypo and hyper secretion of mucins are key in the development of human pathologies associated with Crohn’s disease and chronic obstructive pulmonary diseases. A genome wide screen was performed to identify genes involved in mucin secretion, (Mitrovic et al., 2013), which revealed a large number of components required for this process. Our aim is to address how these new genes regulate mucin secretion in normal and cells of the patients with mucin associated pathologies.

Proteins such as interleukin 1 (IL)-1ß, SOD1, Acb1, galectins, tissue transglutaminase are secreted without entering the ER-Golgi pathway of conventional protein secretion. We are the first to demonstrate the involvement of GRASP family of proteins and the participating of a new compartment called CUPS in this process. Our aims are to dissect the molecular requirements by which cells secrete important regulators that control inflammation (IL-1ß), schizophrenia (Acb1), radical scavenging and neurotoxicity (SOD1), ECM remodelling (tissue transglutaminase) by this novel pathway of protein secretion.

A conserved feature of the Golgi cisterna is a flat disc of about 1 micron diameter and 10-30 nm thickness. Why this shape and size? Our findings have revealed that a modified lipid called sphingomyelin (SM) that is made in the late Golgi cisterna is a key component of the unique shape, size and the function of Golgi cisterna. Affecting the levels of SM in the Golgi convert flat Golgi into a curled compartment and the ability to even perform a simple function of glycosylation that involves three components: an enzyme, substrate and a sugar nucleotide transporter, is inhibited ( Campelo et al., 2017. See other papers in the reference list of this paper). Our data suggest that the attachment of proteins that create and/or sense membrane curvature to the Golgi depends on the concentration and the location of SM within the cisterna. Affecting SM concentration therefore affects the location of such proteins and changes the cisterna from a flat to a curled compartment. This data also highlights the significance of the connection of the shape to Golgi function in cargo modification, sorting and export. How curvature sensing proteins attach in SM dependent reaction to the Golgi is being addressed by using biochemical, genetics and mathematical modelling.

Our findings have revealed the involvement of a signaling cascade that regulates the fission of cargo filled transport carriers of the Golgi to cell surface pathway. This involves a trimeric G-protein mediated event that leads to the recruitment and activation of a serine/threonine kinase PKD to Golgi membranes (Liljedahl et al., 2001). PKD has a number of substrates on the Golgi membranes and our working hypothesis is that PKD, through its partners, generates a local pool of diacylglycerol (DAG), which acts as a signal to control the production of transport carriers (Baron and Malhotra 2001; Campelo et al., 2017). This reaction is essential for the export of insulin from the Golgi and therefore of fundamental importance.

The project "Collagen homeostasis: Collagen sorting and packing at the ER for secretion and degradation" (PID2019-105518GB-I00 / AEI / 10.13039/501100011033) has received funding from the National Research Agency (Agencia Estatal de Investigación, AEI), from the Spanish Ministry of Science and Innovation. 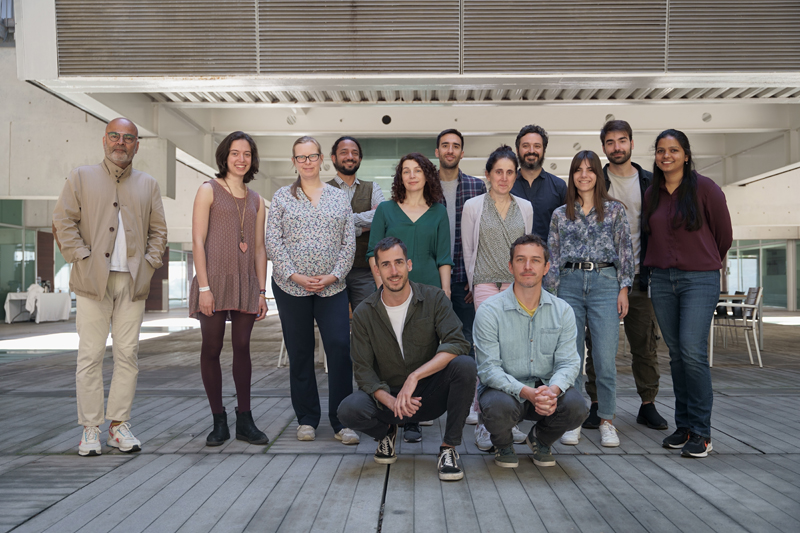