The Golgi complex is the central organelle of the secretory pathway, where proteins are sequentially glycosylated and sorted out to be transported to their final cellular destinations. In addition, the Golgi membranes are the sites of synthesis of a number of different lipid species, such as sphingomyelin (SM). Although much is known about how the Golgi complex works, there is still a large debate in the field about some of its essential features and how the different functions of these membranes are related to each other. Interestingly, the flat Golgi cisterna is a highly conserved feature of all eukaryotic cells. How is such morphology achieved and maintained such morphology and how this relate to the functions of the Golgi membranes?

Our lab has focused on the role of SM metabolism in reguating the shape and the function of the Golgi cisternae. We have shown that disrupting SM homeostasis at the Golgi membranes blocks the export of cargoes (Duran et al. EMBO J, 2012) and disrupts membrane organization thus inhibiting protein glycosylation (van Galen et al. J Cell Biol, 2014).

Moreover, we have recently shown that SM metabolism is essential for the maintenance of a functional Golgi cisternae morphology (Campelo et al. eLife, 2017). We developed a biophysical model of cisterna morphology, which led us to propose that sphingomyelin (SM) synthesis at the trans-Golgi membranes essentially controls the structural features of a Golgi cisterna. SM laterally controls membrane rigidity by generating nanodomains and its metabolism regulates the association of curvature-generating proteins. An experimental test of this hypothesis revealed that affecting SM homeostasis converted flat cisternae into highly curved membranes with a concomitant dissociation of membrane curvature-generating proteins. These data lend support to our hypothesis that SM metabolism controls the structural organization of Golgi cisternae (see Figure 1).

In summary, our results highlight the importance of SM metabolism in controlling the location of proteins involved in glycosylation and vesicle formation, and its overall significance in the structural organization and function of the Golgi complex. 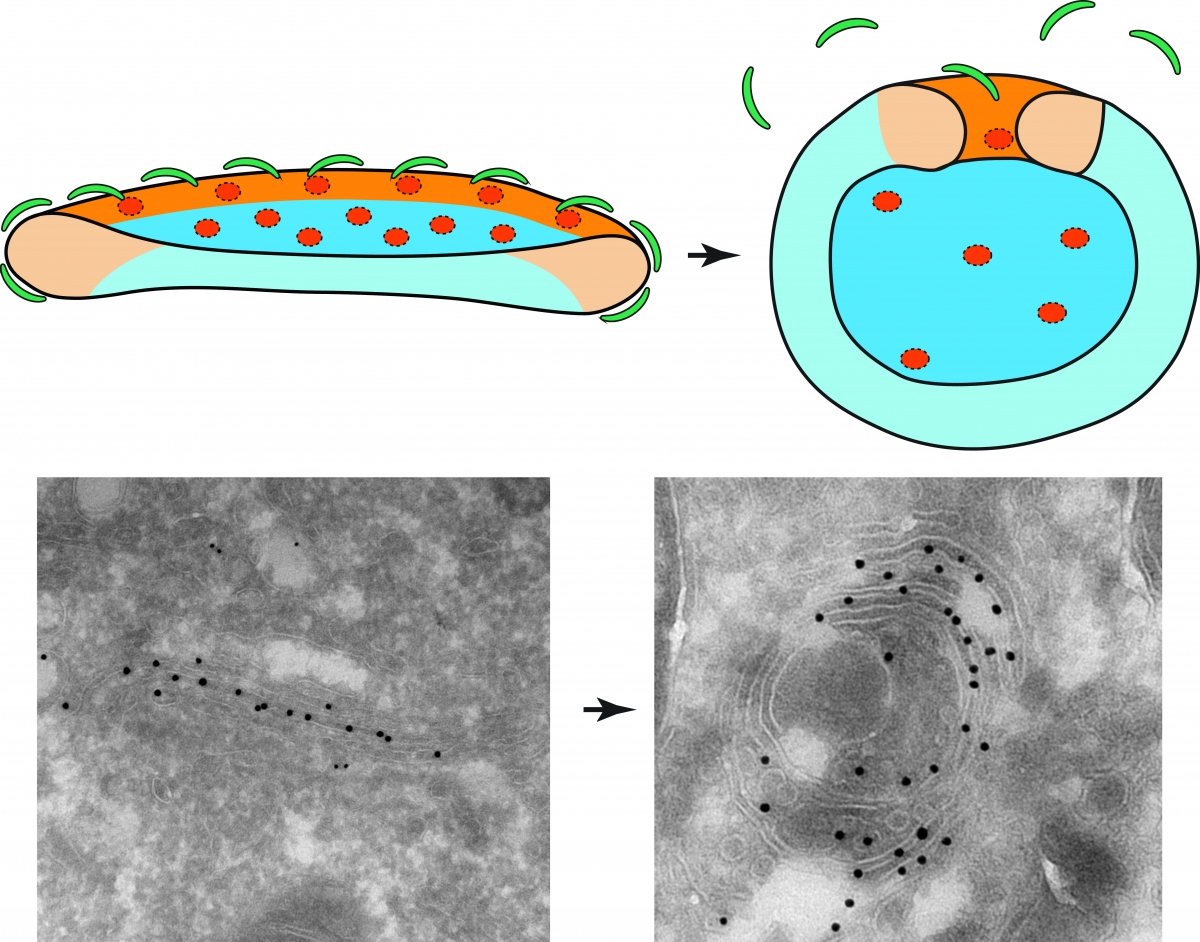