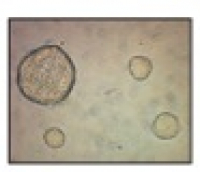 The research group of Luciano Di Croce, from the Center for Genomic Regulation (CRG) in Barcelona (Spain), has discovered that RYBP and CBX7, two proteins essential for gene regulation, are at the heart of the most critical decision faced by embryonic stem cells: what type of cells to become. These findings, published in the last issue of Cell Reports, shed light on the molecular mechanisms involved in stem cell biology and might have important therapeutic implications

Stem cells are the precursors of our tissue and organs. Using them could be highly promising for regenerative medicine, yet little is known about the mechanisms that regulated the potential of stem cells to give rise to the different cell types within organisms.

The Polycomb repressive complex 1 (PRC1) is an epigenetic regulator essential for stem cell function and cancer progression. It has only recently become clear that PRC1 comes in different flavors, depending on which specific proteins are incorporated into it (such as either CBX7 or RYBP). However, whether or not these PRC1 subtypes carry out different biological functions was unclear. This work, headed by Lluis Morey in the Di Croce group, has taken an important step in clarifying this question.

Using the most advanced sequencing technology, Di Croce and his coworkers analyzed 2.64 billion DNA nucleotides from mouse embryonic stem cells to determine which regions are controlled by PRC1-RYBP as compared to PRC1-CBX7. Both complexes shared some biological functions. Surprisingly, however, the two complex subtypes also performed distinct functions. “We were able to show that these two complex subtypes can have different roles, with one involved more in metabolism and the other more in development”, commented Morey.

Understanding the extent to which the different PCR1 subtypes carry out the critical decisions that determine cell fate presents the next large goal. “We are lucky to be able to address these questions within a network of experts in our European FP7 4DCellFate project, since we believe that the answers will be important for understanding how to implement stem cells into therapeutic applications”, stated Di Croce.

This research was done in collaboration with Salvador Aznar-Benitah, CRG, and was funded by the Spanish “Ministerio de Educación y Ciencia”, AGAUR, and the European Commission’s 7th Framework Program 4DCellFate (277899).

Additional information on the development of the project can be found at www.4dcellfate.org and contacting the project manager Veronica Raker

Other publications on the subject from the Di Croce group:

Embryonic stem (ES) cells: ES cells are pluripotent cells that are derived from an early stage of embryonic development, the blastocyst. They have the capacity to differentiate into each of the distinct cells that form tissues.