Scientists from the Microtubule Function and Cell Division group at the Centre for Genomic Regulation (CRG) and the Eugin Group's basic research laboratory at the Barcelona Scientific Park, have succeeded in identifying 288 proteins found in human sperm and which are key for the formation of the zygote and the subsequent development of the embryo.

The results of this research are to be presented at the 24th annual congress of ESHRE, the European Society of Human Reproduction and Embryology, which takes place in Barcelona from July 1 to 4.

Beyond their aim, which is to advance in the knowledge of the processes of cell division preceding the formation of a human life, the work of the Eugin and the CRG professionals stands out for the technique used. The researchers used sperm samples whose heads had been removed before injecting them into oocytes and studying the function of the previously mentioned proteins. 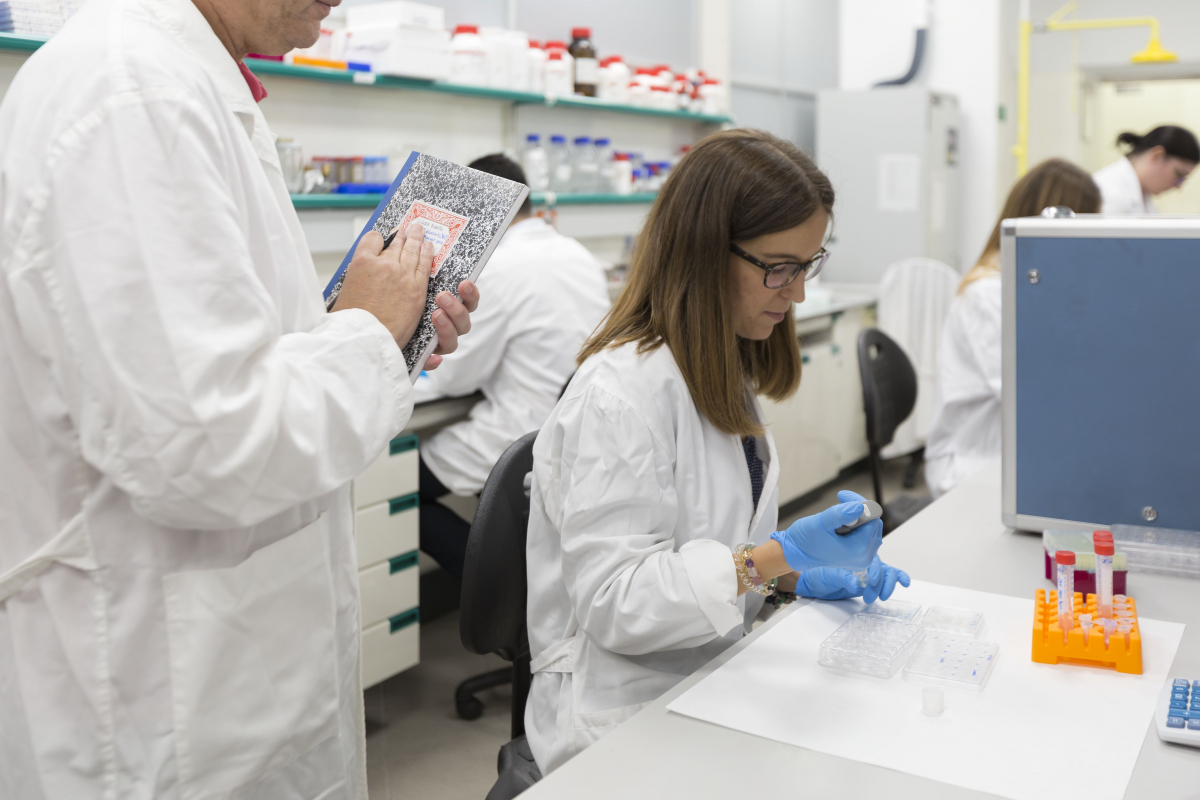 The decision to use this technique complies with the current legal framework, which is that Law 14/2006 on assisted human reproduction prevents the fertilisation of eggs for research purposes. As pointed out by Dr. Montserrat Barragan, head of Eugin's laboratory at the BSP and co-author of this study whose first author is Farners Amargant, a researcher at CRG and Eugin. "We know that there is a study dating back from ten years ago that used only sperm tails, but it is true that it is an infrequently used technique," she says.

30% of fertilised eggs in assisted reproduction processes stop developing in the early stages of cell division. This leads scientists to believe that the functional defects in the sperm cell could be responsible for these failures. "Our results suggest that one of the key and exclusive functions of sperm in fertilisation is to provide the centrioles, which are fundamental for the formation of the centrosome in the zygote. The centrosome is an essential organelle for cell division and, consequently, for embryonic development", explains Isabelle Vernos, ICREA research professor at the CRG and co-leader of this study. "Identifying these key proteins for the formation of the centrosome helps us to understand how the zygote is organized in the early stages of its development", concludes the researcher.

These proteins are only found in the middle piece of a sperm cell, between the neck and tail. Hence, it was not essential to keep its head for this investigation. After a proteomic study of several sperm samples carried out in the Proteomics Unit of the CRG and the UPF, the researchers were able to identify 288 proteins involved in the formation of the functional centrosome. "Our study contributes towards the advancement in our knowledge of cell division processes and, specifically, in the knowledge of the functions and structure of sperm. But we must continue investigating", says Dr. Montserrat Barragan.

This work is the result of the close collaboration between the Eugin Group and the CRG. This is a partnership that began four years ago as a result of an internal initiative by the CRG, to promote multidisciplinary research more geared towards a clinical application, and which was strengthened last March with the signing of a partnership framework agreement in molecular research applied to assisted reproduction. With this alliance, the research potential of the CRG joins forces with the Eugin group's vast experience in assisted reproduction and in treating patients to promote interdisciplinarity and contributes towards scientific knowledge that benefits society.

The CRG believes that the medicine of the future depends on current innovative science. This requires an interdisciplinary team focused on understanding the complexity of life, from the genome to the cell, to a complete organism and its interaction with the environment, offering a comprehensive vision of genetic diseases.

Its main objectives are to become a world-leading centre in the field of biomedical sciences, to communicate and establish a bilateral dialogue with society, to offer advanced training to the next generation of scientists and to transform new knowledge for the benefit and value of the country's society and economy. The combination of the 'know how' of leading scientists from all over the world and the availability of state-of-the-art equipment make the CRG a unique centre with high-level scientific production in the international context and the best scientific-technical services for research.

With a history reaching back 18 years, Eugin is a group of leading assisted reproduction centres on both a Spanish and international scale, with clinics in Spain, Italy, Denmark, Colombia, Brazil and Sweden. In Spain, the group treats patients at its clinics in Catalonia and Madrid, under the brands Eugin, CIRH and FecunMed.

Since its inauguration in 1999 in Barcelona, the group treats thousands of patients from all over the world every year. In 2017, Eugin reached the figure of 24,000 treatments, which places it as one of the European leaders in the sector. Currently, Eugin's team consists of more than 600 specialists, whose training is updated on a permanent basis, to provide both friendly and quality care.