Spanish genomics is consolidated in Barcelona

Spanish genomics is consolidated in Barcelona 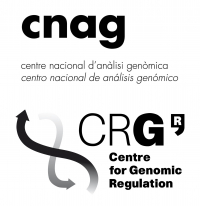 The Centro Nacional de Análisis Genómico (CNAG) is a centre of reference for genomics and is a key part of the scientific infrastructure required to advance biomedical and genomics research in Spain. With its legal incorporation into the Centre for Genomic Regulation (CRG) on 1 July, 2015, CNAG will no longer depend on the Parc Científic de Barcelona (PCB), to which it was associated since its beginnings.

This change in CNAG’s management, which was promoted by the Ministry of Economy and Competitiveness of the Spanish Central Administration as well as the Government of Catalonia, responds to various scientific and managerial needs. "Now we can address scientific challenges in a much more natural and integrated manner, which will strengthen genome research in Catalonia and the rest of Spain. The integration will also allow us to manage resources more effectively," says Luis Serrano, director of the CRG.

First and foremost, integrating CNAG with CRG can be expected to boost genome research and to increase collaborations between these two top research centres. In the partial division agreement, both governments highlighted that "this incorporation will allow research projects to be carried out at national and international levels on a larger scale than would have been possible within their respective areas of competence and, further, will increase the critical mass of expertise, which will benefit the scientific community." Currently, the two centres already share some projects—for instance,  both are involved in flagship projects such as the Chronic Lymphocytic Leukemia (CLL) Genome Project within the International Cancer Genome Consortium (ICGC).

Ivo Gut, director of CNAG, adds, "We at CNAG will continue, in our main location at the PCB, to work independently as a national sequencing platform and to support researchers from both public and private institutions. While joining CRG will not change our mission, it will make us stronger and allow our management to be more effective and dynamic. An additional bonus is that we will be part of a research community that is closer to our interests.”

About the Centre for Genomic Regulation (CRG)

CRG is an international biomedical research centre of excellence created in December 2000 at the initiative of the former Department of Universities, Research and Information Science of the Generalitat de Catalunya. The CRG is legally constituted as a non-profit foundation with the participation of the Generalitat de Catalunya through the Department of Economy and Knowledge and the Department of Health and the University Pompeu Fabra, the Ministry of Economy and Competitiveness of the Government of Spain, and “la Caixa” Banking Foundation.

CRG's mission is to discover and advance knowledge for the benefit of society, public health and economic prosperity.

CRG believes that the medicine of the future depends on groundbreaking science being done today. This requires interdisciplinary scientific teams focused on understanding the complexity of life—from the genome, to the cell, to a whole organism—and its interaction with the environment, to achieve an integrated view of genetic diseases.

CNAG was founded in late 2009 with the support of the Spanish Ministry of Science and Innovation and the Generalitat de Catalunya. It occupies a space of 1,400 m2 in the Parc Científic de Barcelona and has a staff of 65 people. Its mission is to carry out genome projects aimed at improving the health and quality of life for people, in collaboration with Spanish and international scientists, to promote Spanish genomics and to ensure its competitiveness in the areas of biomedicine and biology as well as the agri-food sector.

Currently, CNAG has twelve last-generation sequencing systems with a sequencing capacity of over 1000 Gbases per day. It also has a powerful computer cluster (with 1250 processors and 2.7 petabytes of hard disk) for data storage and processing. This positions CNAG as one of the largest European centres in terms of sequencing capacity.