SOMM Alliance aims at promoting Spanish science of excellence, and safeguarding its competitiveness

SOMM Alliance aims at promoting Spanish science of excellence, and safeguarding its competitiveness

Presentation of the SOMM Alliance

In an event held in Madrid on Monday, March 12th, representatives of SOMMa, together with the Spanish State Secretary for R+D+i, Carmen Vela, presented the new SOMMa alliance. “Spanish science comprises centres and research units of excellence that compete successfully at an international level. Uniting into this alliance allows us to join efforts, increase our impact and promote collaboration and networking. In summary, to enrich the R+D system of our country on the long run," expressed Teresa Garcia-Milà, vice-chair of SOMMa, and director of the Barcelona Graduate School of Economics (Barcelona GSE), during the presentation.

Among the objectives of the Alliance stand out: to increase the national and international visibility of Spanish research, as well as its scientific, economic and social impact; to promote the exchange of scientific knowledge and good practice between the different actors of the Spanish R+D system; to establish a dialogue with society and contribute to the nurturing of scientific culture; and to have a voice in science policy both in Spain and in Europe.

The full body of SOMMa centres and units gathers more than 7,000 staff dedicated to research, graduates every year more than 500 PhD candidates, and perceives funding for European projects representing an approximate turnover of 530 million Euro over a five-year period. In 2016 alone, research produced in SOMMa centres and units has been published in more than 5,800 papers in the best scientific journals, has given rise to 8 new spin-off companies, has yielded more than 100 patent applications and approximately 350 collaborations and contracts with companies. "These figures prove that the Severo Ochoa and María de Maeztu program has boosted the impact, international scientific leadership and competitiveness of these centres and units. The alliance will be very beneficial because it will allow the best centres to work together in a coordinated manner, which will contribute to expand their impact," declared the Spanish State Secretary for R+D+i, Carmen Vela.

Likewise, with the support of other organizations of the science and innovation sectors, SOMMa representatives stated their concern regarding the decrease of the R+D public funding, as well as the administrative issues constraining Spanish science. In particular, these organizations concur in highlighting the necessity to have specific, adequate regulations within the framework of European legislation safeguarding the competitiveness of the sector, as it happens in other countries. 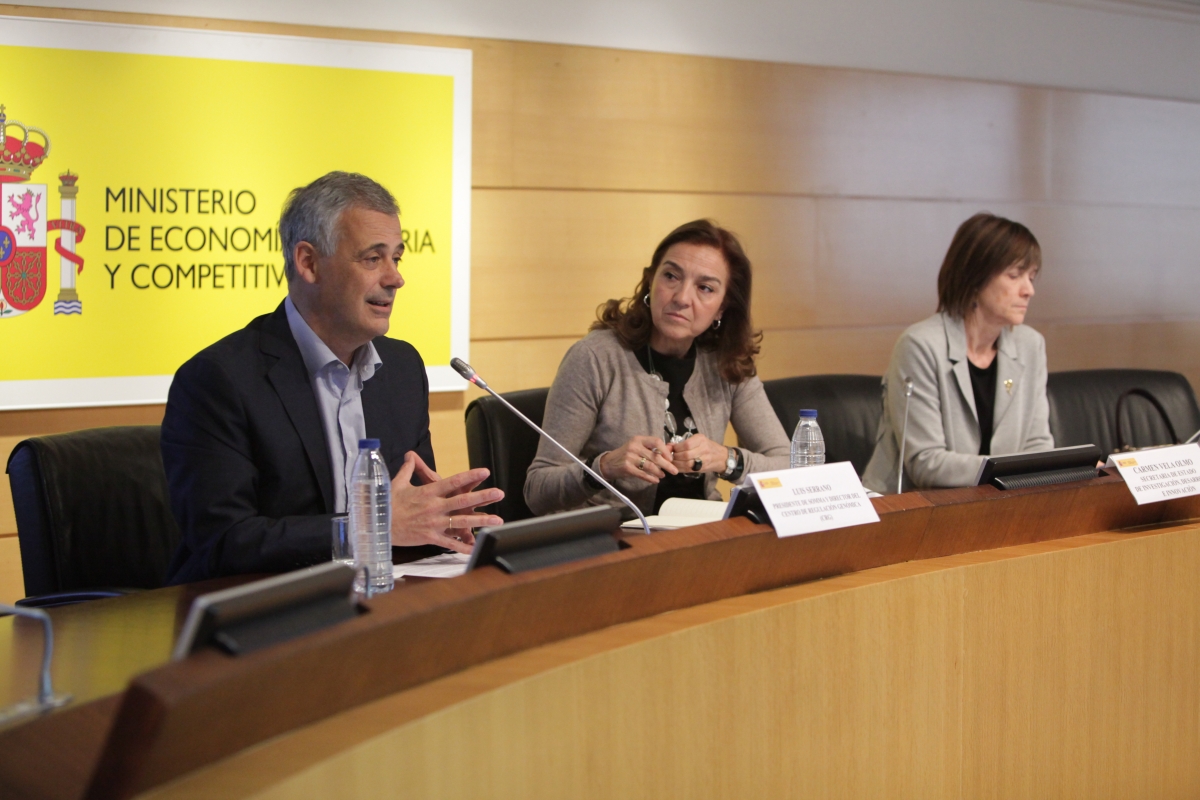 “We acknowledge the efforts of the Spanish State Secreatariat for R+D+i to create and preserve the Severo Ochoa and María de Maeztu program despite the economic crisis and the public budget adjustments. Even so, we must insist in the importance of the investment in science, which requires a long-run State agreement,” affirmed Luis Serrano, SOMMa hair and director of the Centre for Genomic Regulation (CRG).

Apart from requesting a firm commitment to uphold funding levels, SOMMa also exposes the existence of certain administrative particularities severely compromising the R+D system, which require of political will to be solved. During the event, the document “SOMMa Position Paper: Actions required to safeguarding science competitiveness” was presented, which intends to draw the attention of politicians to tackle the aforementioned issues urgently and sustainably.

In summary, the three administrative issues exposed in the report refer to the criteria for VAT deduction, the personnel hiring regulations, and the new public-tenders law. These three subjects are currently causing serious problems to a number of research centres, and can potentially affect all other research institutions of the Spanish R+D system.

The position paper proposes to reach a transversal agreement that should be backed by all parliament groups, and includes as possible solutions:

In general, the current situation affecting the research centres regarding the above mentioned administrative issues, is the result of putting research centres and universities on the same level than other public administrations, without taking into consideration the particularities and necessities of the scientific activity. "We need to have  science also present in the political agenda and we hope that SOMMa will be able to work together with the Spanish Secretariat for R+D+i in that direction, for the benefit of not only the centres and units of the alliance, but of all the R+D system in Spain."