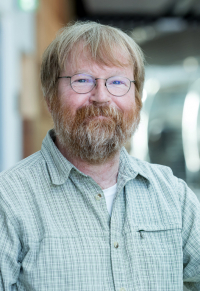 In a new study published in the journal Developmental Cell, researchers at the Centre for Genomic Regulation (CRG) describe how human cells stimulate the production of microtubules, a fundamental building block of life.

Microtubules are the skeleton of individual cells, providing eukaryotic cells with their structure and shape. Made up of different types of the protein tubulin, microtubules also act as a network of self-assembling highways to transport large molecular materials from one side of a cell to another.

The process that kickstarts microtubule nucleation, by which new microtubules are formed, has been an area of intensive research. It has been known for decades that microtubules are nucleated by the g-tubulin ring complex (gTuRC), but the mechanisms by which it works are unknown.

Now research started by Thomas Surrey’s lab at the Francis Crick Institute in London and finished at the CRG in Barcelona, uncovers how gTuRC acts as a scaffold to make new microtubules. Working jointly with Alessandro Costa at the Francis Crick and Juri Rappsilber at the Wellcome Trust Centre in Edinburgh and Technical University in Berlin, the team finds that purified gTuRC nucleates microtubules surprisingly inefficiently, although it caps one end of a microtubule well, once nucleation has taken place.

The researchers believe that this is a consequence of the peculiar structure of gTuRC, which deviates slightly on one side deterring it from attaining the perfect conical shape that would otherwise make it fit well to the microtubule geometry. The findings suggest that a conformational change induced by proteins that regulate gTuRC, or by posttranslational modifications, is required to activate the process to make new microtubules, providing new insight into the molecular mechanism regulating microtubule nucleation in cells.

In addition, the team was surprised to find that actin, a protein typically not associated with microtubules, is an integral component of the complex, stabilizing the active conformation together with another associated protein called Mozart2 whose mode of action was previously not understood.

“Microtubules form the cellular infrastructure for life as we know it. They play a key role in transport, cell division and other essential processes,” says Thomas Surrey, group leader at the CRG. “Despite knowing of their existence for decades, we are only now uncovering how cells lay down microtubules in the first place. Uncovering these molecular processes tells us more about how cells organize themselves and provides new insights into how we may one day be able to manipulate the way cells divide before it all goes wrong, for example in cancers or neurodevelopmental diseases.”

To determine the structure of the gTuRC, the researchers designed a completely new purification protocol using a very large number of cultured cells. The team also had to combined high quality protein biochemistry, glass chemistry and quantitative fluorescence microscopy to optimize their research.

The team’s next big challenge is to identify the missing factor or factors that trigger the switch that activates gTuRC. Understanding this will reveal more insights into how cells control their skeleton and give themselves their shape.