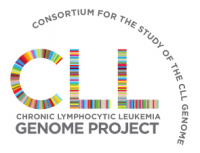 Barcelona, February 26, 2014. A study led by Dr. Roderic Guigó from the Centre for Genomic Regulation in Barcelona, as part of the Chronic Lymphatic Leukaemia Genome Consortium, has made new advances in the study of this disease. The work, which was published (in print version) last week in the journal Genome Research, scrutinised the functional profile of the genes and mutations associated with leukaemia.
The Spanish Chronic Lymphatic Leukaemia Genome Consortium had previously identified the principal mutations involved in the development of the disease. However, its functional profile, the activity of these mutated genes, had not been studied. Now, the researchers have sequenced the functional part of the genome of the leukaemia cells, the RNA, and several populations of healthy B lymphocytes from 98 patients.
The scientists found that there are thousands of genes that are expressed in a distinct way in leukaemia cells in comparison to the healthy B lymphocytes, and that their functions are also very different. In particular, in the leukaemia cells many genes are expressed relating to certain metabolic pathways that make them more active.

Expression compared of some DE genes and pathways between C1/C2 (photo by Núria Lopez)
By observing these differences, the researchers have also clearly identified two subgroups of patients with different disease behaviour, making up one group of patients that do not need treatment for a long time, while others need it more quickly. In addition, they observed that the origin of these two subgroups could be found in the activating signals received by the leukaemia cells in the lymph nodes. "Thanks to the functional study of the genome we have been able to identify two clear subgroups amongst patients and we have confirmed that the aggressiveness of the disease is different in the two groups. Understanding the molecular basis of these two subgroups will enable specific treatments to be established for each of them", says Dr. Guigó.
This work was led by Roderic Guigó, coordinator of the Bioinformatics and Genomics programme at the Centre for Genomic Regulation (CRG), and forms part of the Leukaemia Genome project (www.cllgenome.es) coordinated by Dr. Elías Campo from Hospital Clínic, IDIBAPS and the University of Barcelona, and Dr. Carlos Lopez-Otin from the University of Oviedo. The study involved 37 researchers that are part of the Spanish Chronic Lymphatic Leukaemia Genome Consortium.
The Spanish Chronic Lymphatic Leukaemia Genome Consortium is funded by the Secretariat of State for Research of the Ministry of Economy and Competitiveness, through the Instituto de Salud Carlos III, and is part of the International Cancer Genome Consortium (ICGC, http://www.icgc.org).
The Consortium is made up of more than a dozen institutions, which include: