Home > The messenger in Huntingon's disease

The messenger in Huntingon's disease

The messenger in Huntingon's disease 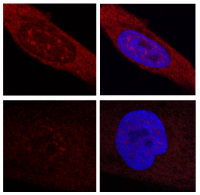 THE MESSENGER IN HUNTINGTON’S DISEASE

•    A research effort led by Eulàlia Martí at the Centre for Genomic Regulation reveals new molecular mechanisms of Huntington’s disease.

•    The results, recently published in The Journal of Clinical Investigation, question the approaches used up to now for treatment of the disease. They also point to messenger RNA as a key pathogenic component that will make it possible to define new therapeutic strategies.

Huntington’s disease is a neurodegenerative disease that is presently incurable. Scientists around the world are researching its causes and molecular processes in the attempt to find a treatment. 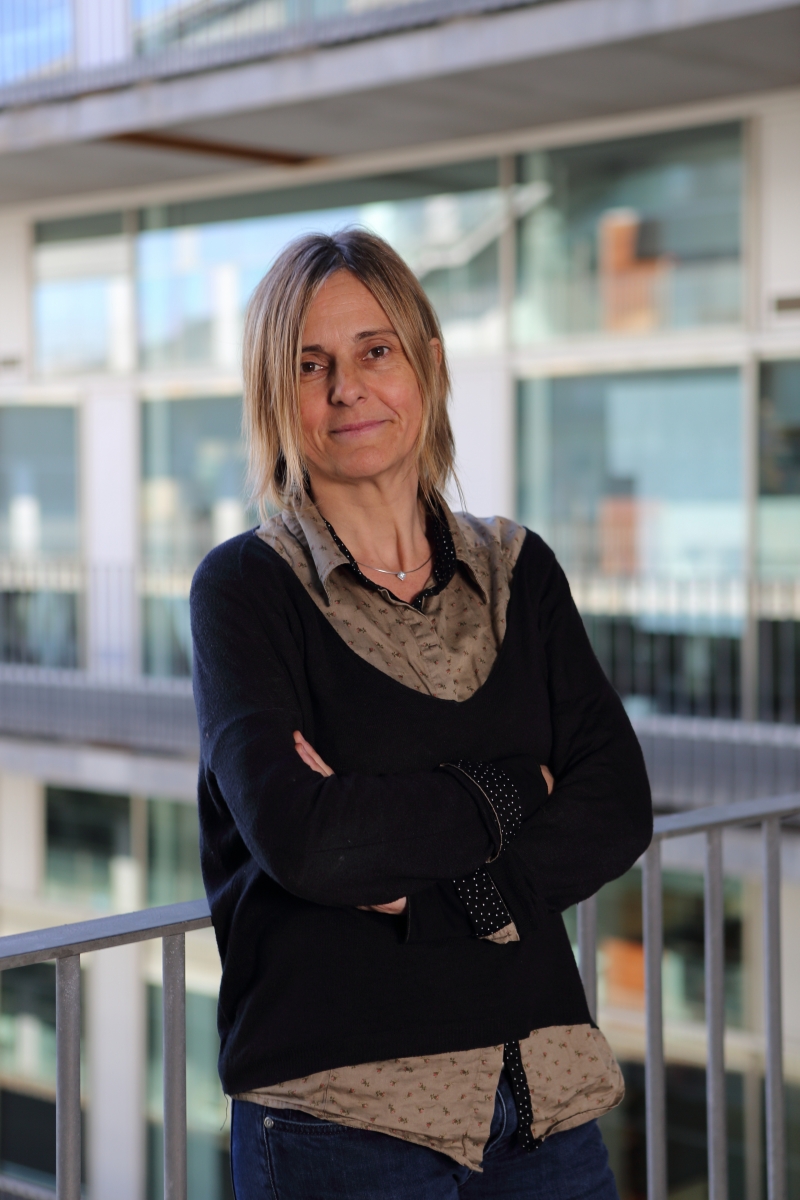 The research just published by a group of scientists from the Centre for Genomic Regulation (CRG) led by Eulàlia Martí, in cooperation with researchers from the University of Barcelona (UB) and August Pi i Sunyer Biomedical Research Institute (IDIBAPS), has brought to light new information on the molecular mechanisms that cause Huntington’s disease, and defines new pathways to therapy discovery. The results of the study are published in the November issue of The Journal of Clinical Investigation. Eulàlia Martí is the lead author, while Laura Rué and Mónica Bañez are its first authors.

“What we have observed in our study is that the mutated fragment acting as a conveyor–the so-called messenger RNA–is key in the pathogenesis,” says Dr. Eulàlia Martí, lead author of the research project, together with Xavier Estivill, and acting group leader of the Genes and Disease laboratory at the Centre for Genomic Regulation. “The research on this disease being done by most groups around the world seeking new therapeutic strategies focuses on trying to prevent expression of the mutated protein. Our work suggests that blocking the activity of messenger RNA (the “conveyor”), would be enough to revert the alterations associated with Huntington’s disease. We hope this will contribute to improving the strategies in place to find a cure,” states the researcher.

This work underscores the importance of rethinking the mechanisms behind illnesses in order to find new treatments. The work of scientists at the CRG has helped explore the molecular mechanisms that cause the disease. Now, their results will contribute to better delimit research efforts towards a cure.

As opposed to most other research groups, Eulàlia Martí’s team has sought to identify whether the problem resided in the messenger RNA – which would be the copy responsible for manufacturing the protein – or in the resulting protein. Prior work indicated that mRNA produced, in addition to defective protein, other damages. This previous work was the starting point for Martí and her fellow researchers, who have finally demonstrated that mRNA has a key role in the pathogenesis of Huntington’s disease. “The research we have just published points to RNA’s clear role in Huntington’s disease. This information is very important in translational research to take on new treatments,” says the researcher.

More in-depth studies on these mechanisms are yet to be done. For example, research must explore whether it will be possible to revert the effects of Huntington’s disease in patients, just as researchers have demonstrated in mouse models. It also remains to be seen whether the proposal of the CRG researchers can be used in a preventive way, as the disease does not generally appear until after 40 years of age (in humans). Despite the remaining gaps, the published work makes for a key step in knowledge of the mechanisms of this neurodegenerative disease that, as of today, remains incurable.