Home > Gabby Silberman: “We have the obligation to give our scientists the tools to change the world"

Gabby Silberman: “We have the obligation to give our scientists the tools to change the world"

Gabby Silberman: “We have the obligation to give our scientists the tools to change the world" 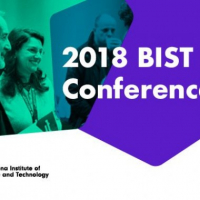 Gabby Silberman, director general of the Barcelona Institute of Science and Technology, took advantage of his speech welcoming the more than 300 researchers participating in the BIST annual conference to call for a funding model that ensures periodic renovation of scientific facilities "that are essential to doing competitive science" and to highlight the need for training that prepares postdoc researchers to play a more active role beyond the lab.

“We have the obligation to give our scientists the tools they need to do the best science, but also to have an effective impact on society. This means giving them access to the latest-generation technology, and also giving them multidisciplinary training that prepares them to lead research and promote industrial innovation or train future generations of scientists," said Silberman, who explained that one of the most noteworthy projects underway at BIST now is working to boost its capacities in high-resolution microscopy. In his speech, BIST director explained the institute's main activities over the past year, including the Ignite Programme, which has funded 13 disruptive multidisciplinary research projects in the early stages, and the Master of Multidisciplinary Research in Experimental Sciences, in collaboration with Pompeu Fabra University, with the first class having just graduated and double the number of spots for the 2018-2019 course.

For his part, Àngel Font, corporate director of Research and Strategy at the “la Caixa” Banking Foundation and currently vice-president of the BIST Board of Trustees, said: "The BIST has positioned itself in a short time as an international reference in research of excellence and in translation of its results to society. It has done so by joining forces, promoting multidisciplinarity and increasing the critical mass to clearly improve the capacity for innovation in our country. For the Banking Foundation "la Caixa" the alliance with the BIST is strategic and fundamental".

US scientist Barry C. Barish, 2017 Nobel laureate in Physics with Rainer Weiss and Kip S. Thorne for their contribution to LIGO (Laser Interferometer Gravitational-Wave Observatory) and the observation of gravitational waves, gave the keynote speech at the conference, entitled Gravitational Waves: From Einstein to a New Science.

In his speech, Barish went over the origins and formulation of Einstein's theory of gravity, which predicted the existence of gravitational waves in 1916 although it took 100 years to record them as their low intensity required new measuring techniques to be developed, as well as the type of astronomical events that create them (colliding stars and black holes). Barish presented LIGO, explained the technology they use (mass interferometry) and discussed its limitations. As the researcher stressed, the ability to measure gravitational waves "has led to the creation of a multi-messenger astronomy" (which combines different sorts of observation and interpretation parameters) and has massively expanded our knowledge of astrophysics. "Now we know that there are stellar binary black holes, which are binary pairs, that have merged since the existence of the universe and their mass is much greater than we previously thought."

"In physics there are two wonderful theories that try to explain the universe: general relativity and quantum mechanics. For almost 100 years, researchers have unsuccessfully tried to merge them. Black holes might be the key," stated doctor Barish.

Professor José Ramon Galán-Mascarós, who leads the group at the Institute of Chemical Research of Catalonia (ICIQ) studying energy applications of photomagnetic models and bioinorganic models, moderated the debate on the various alternatives to fossil fuels currently being studied in laboratories around the world. The speakers (Dr Siglinda Perathoner of the University of Messina, Prof. Jordi Martorell of the Institute of Photonic Sciences - ICFO, and Prof. Pedro Gómez-Romero of the Catalan Institute for Nanoscience and Nanotechnology - ICN2) debated the state of development of what is known as artificial photosynthesis, which separates hydrogen from oxygen in water using chemical catalysts, and the development of new nanomaterials for photovoltaic cells and more efficient energy-storage systems.

The debate looked at several challenges these types of technology must overcome in order to become viable alternatives to the current power paradigm: more affordable catalysts (current ones are made of noble metals) that are more efficient to obtain enough hydrogen at an affordable price; and the industrial scale-up of the production of nanomaterials.

The morning finished off with a debate on the latest developments in biosensors for diagnostics, moderated by Prof. Arben Merkoçi, leader of the Nanobioelectronics and Biosensors group at ICN2 and with speakers Dr Javier Ramón Azcón of the Institute for Bioengineering of Catalonia (IBEC), Prof. Emilio Palomares (ICIQ) and Prof. Roger Gomis (IRB Barcelona). The session explained the innovative lines of research under way at the BIST centres, exploring various perspectives for integrating biological materials and nanomaterials to produce new biosensors that are much more sensitive and efficient, which could even fit inside a cell. The debate also covered the research on using quantum dots in new technology for biosensors and explored applications of these new advances to cancer research.

The BIST Conference programme will continue this afternoon with a debate on tissue engineering and modelling, moderated by Dr Núria Montserrat (IBEC) with speakers Rui L. Reis (University of Minho), Bernhard Payer (CRG), James Sharpe (EMBL) and Manuel Serrano (ICREA research professor at IRB Barcelona), looking at the latest scientific advances in reproducing stem cells in vitro and how developments in genome editing and bioprinting are having an impact on the field of tissue engineering and making it possible to advance in personalised regenerative medicine.

This will be followed by a session presenting the projects from the Ignite Programme, through which BIST promotes the most disruptive interdisciplinary research. Specifically, the session will look at the progress of seven projects (of the 13 funded so far): Q-SPET (application of quantum physics to energy transport research in certain proteins), presented by Pau Gorostiza (IBEC) and Niek van Hulst (ICFO); SOLHYCAT (nanotechnology for catalysts for artificial photosynthesis), by Víctor Puntes (ICN2); 2DNANOHEAT (heat transmission in nanomaterials), by Marianna Sledzinska (ICN2); ENGUT (new technology to produce intestinal epithelial cells in vitro), by Elena Martínez (IBEC); THEIA (new retinal implant to help certain patients see again), by María Marsal (ICFO); GENSTORM (modelling and functions of genes in the cell nucleus), by Marie Victoire Neguembor (CRG); and INWOC (new catalysts for water hydrolysis and producing hydrogen), by José Ramón Galán (ICIQ).