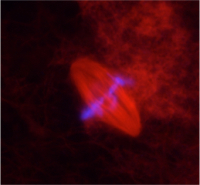 The research, presented at the European Society of Human Reproduction and Embryology (ESHRE) annual conference, which ends today in Geneva, Switzerland, describes for the first time the use of an experimental technique that has made it possible to analyse the functioning of human sperm in contact with the cytoplasmic content of the eggs in vitro. By doing so, it was possible to verify in the laboratory, and before fertilisation occurred, whether in this medium the sperm cell fulfilled its functions before being inseminated into an egg.

The research, led by Dr. Isabelle Vernos, ICREA research professor at the Centre for Genomic Regulation in Barcelona, and Eugin Group, has been jointly carried out by a group of researchers in the laboratory at the Barcelona Science Park (BSP) and at the CRG. "The aim of the research was to develop a technique prior to the use of male gametes in an assisted reproduction cycle in order to verify whether their functions were developing correctly," explains Dr. Montserrat Barragan, co-author of the study and head of the Eugin's research laboratory at the BSP. 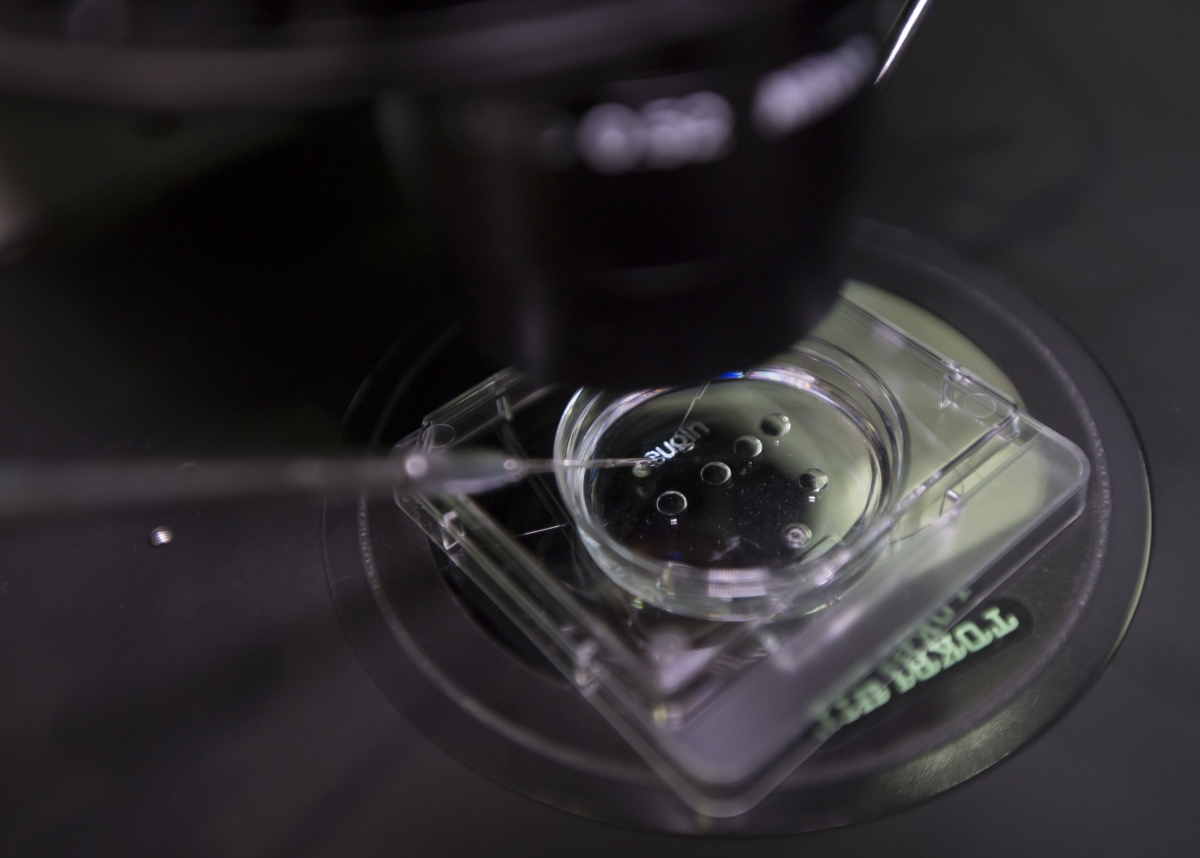 "The results are preliminary and we have to see more cases, but it seems that there is a relationship between the characteristics of the selected sperm cells and their ability to correctly generate an embryo," Barragan adds. "The first results open the way for further research in this direction," she says.

After a study with 20 semen samples, the researchers, by means of this novel technique, were able to observe the relationship between the visible characteristics of sperm cells detected in the usual seminograms - such as morphology, concentration and motility - and their functional capacity in the first processes of cell division, namely, the first stages of embryo development.

Pioneering Methodology
"The methodology of the study has been novel," says Farners Amargant, the first author of the research and pre-doctoral researcher at CRG and Eugin. "Twenty samples of human sperm - with different morphological characteristics and levels of concentration and motility - were analyzed and incubated ex vivo (outside a living organism) in the eggs of the African clawed frog (Xenopus laevis), a model organism widely used in biomedical research". The sample of human sperm is brought into contact with the cytoplasm of the frog oocyte and from here we analyse its ability to construct the bipolar mitotic spindle and other functions involved in cell division.

30% of fertilised eggs in assisted reproduction processes stop developing in the early stages of cell division. This leads scientists to think that functional defects in the sperm cell, such as a defect in pronuclear fusion, or in the construction of the so-called bipolar mitotic spindle - phases subsequent to DNA duplication - could be responsible for these failures. "The technique developed will allow us to observe more closely the incidence of this type of defect in order to understand if they influence the proper development of the embryo," Farners concludes.

Successful case: from basic science to clinical practice
This research project began in 2014 following an internal initiative of the CRG to promote multidisciplinary research aimed at both patients and society. It constitutes a successful case that has given rise to a fruitful scientific partnership between the Eugin group and Isabelle Vernos's laboratory at the CRG. The first author of the paper, the pre-doctoral researcher Farners Amargant, is taking part in an industrial doctorate, which is an initiative by the Generalitat de Catalunya aimed at capturing talent, training scientists and contributing to the competitiveness and internationalisation of the business fabric.

With a history dating back 17 years, Eugin is a leading assisted reproduction centre on both a Spanish and international scale with clinics in Madrid, Barcelona, Italy, Denmark, Colombia and Brazil. Since its inauguration in Barcelona in 1999, the centre has treated thousands of patients every year across Europe. In 2016, Eugin increased the number of treatments to 21,522, which places it as one of the European leaders in the sector. At present, Eugin's team is made up of more than 400 specialists, whose training is updated on a permanent basis in order to provide supportive and quality care.
www.eugin.es

Eugin, leader in research into assisted reproduction
The Eugin group, made up of Eugin, CIRH, Biogenesi, Copenhagen Fertility Center and Huntington Reproductive Medicine has presented a total of 11 studies at the ESHRE Congress, held this week in Geneva, with their latest research.

Eugin's basic research laboratory forms an integral part of Barcelona's Scientific Park. In these state-of-the-art facilities, a team of nine specialists carry out groundbreaking studies aimed at deepening the knowledge of human fertility by searching for the molecular bases of the oocyte, sperm sell and embryo to help explain fertilisation and implantation failures, and early or late miscarriages.

Eugin's scientific director, Dr. Rita Vassena, is a member of the Executive Committee of the European Society of Human Reproduction and Embryology (ESHRE), which has among its founders the father of assisted reproduction, the late Nobel laureate Robert Edwards, as well as thousands of specialists from all over the world.

The CRG believes that the medicine of the future depends on present-day innovative science. This requires an interdisciplinary team focused on understanding the complexity of life, from the genome to the cell, to a complete organism and its interaction with the environment, offering an integrative vision of genetic diseases.

Its main objectives are to become a global reference centre in the field of biomedical sciences, to communicate and establish a bilateral dialogue with society, to offer advanced training to the next generation of scientists and to transform new knowledge into benefit and value for both the country's society and economy. The combination of know-how of leading scientists from all over the world and the availability of state-of-the-art equipment make CRG a unique centre with high-level scientific production in the international context and the foremost scientific and technical services for research.
www.crg.eu