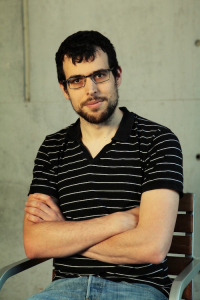 Whether lifting weights in a gym or just walking around the block, exercise has many benefits, such as helping people lose weight and build stronger muscles. Some studies suggest that it may reduce the risk of developing cancer and other diseases. Researchers now report in ACS’ Journal of Proteome Research that moderate, long-term physical activity appears to improve cardiovascular health in mice by targeting the heart cells’ powerhouses — the mitochondria.

Eduard Sabidó, head of the Proteomics Unit at the Centre for Genomic Regulation, in Barcelona, Spain, Francisco Amado and colleagues explain that despite the well-documented benefits of exercise, the exact way that it helps the heart is not well understood. Sure, it helps strengthen the heart muscle so it can pump more blood throughout the body more efficiently. And people who get off the couch and exercise regularly have a reduced risk of developing heart problems and cardiovascular disease. One estimate even claims that 250,000 deaths every year in the U.S. are at least partially due to a lack of exercise. But how this all happens in the body at the molecular level has perplexed researchers — until now.

The team found that laboratory mice (stand-ins for humans) that exercised for 54 weeks on a treadmill-running regimen had higher levels of certain proteins in the mitochondria of their heart cells than did mice that did not exercise. Mitochondria produce energy for the body’s cells. In particular, they identified two proteins, kinases called RAF and p38, which “seem to trigger the beneficial cardiovascular effects of lifelong exercise training,” they say.

The authors acknowledge funding from the 7th Framework Programme of the European Union, Fundação para a Ciência e a Tecnologia, QREN, FEDER and COMPETE.