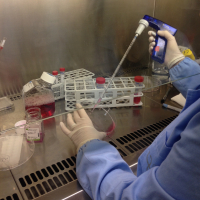 Their findings, which will be published in Nature Cell Biology today, may have implications for both, regenerative medicine and treatment of myeloid leukemia.

The ability to reprogram cells has revolutionized stem cell research with major implications for almost all fields of modern biology. A decade ago Shinya Yamanaka described a procedure that revolutionized stem cell biology. Using a genetic trick that introduces a cocktail of four genes into cultured cells from human biopsies, he was able to generate induced pluripotent stem cells (iPS) from mature skin or blood cells.

iPS cells are very similar to embryonic stem cells and can be re-transformed into skin cells and blood, but also into nerve cells and other cells in the body, making them highly attractive for regenerative medicine. Many laboratories around the world are using patient-derived iPS cells to study the patient’s disease in a dish and to develop compounds to treat the disease. Other laboratories are studying how such ‘reprogramming’ works to improve current protocols to generate high quality iPS cells for cell-based therapy. Until now, these studies have been hampered by the fact that in biopsy-derived cultures only very few cells convert into iPS cells and that those that do, called ‘elite cells’, cannot be recognized before they are converted.

Now, a European team of scientists led by senior group leader Thomas Graf and his laboratory at the Centre for Genomic Regulation in Barcelona, Spain, have made a big step towards creating such elite cells, discovering a surprising connection between iPS cell reprogramming, blood cell formation in the body and blood cancer.

In previous work, the Graf laboratory found that introduction of a protein called C/EBPa into mouse lymphocytes, which are immune cells, almost magically turns them into elite cells for reprogramming by the Yamanaka cocktail. Both C/EBPa and the four Yamanaka factors are so called transcription factors: proteins that bind to specific sequences in the DNA, thereby turning the activity of genes embedded in chromatin on or off.  Changes in gene expression are essential for cell reprogramming, since genes important for stem cell functions must be turned on, while genes important for the starting cells or its specialization must be turned off. 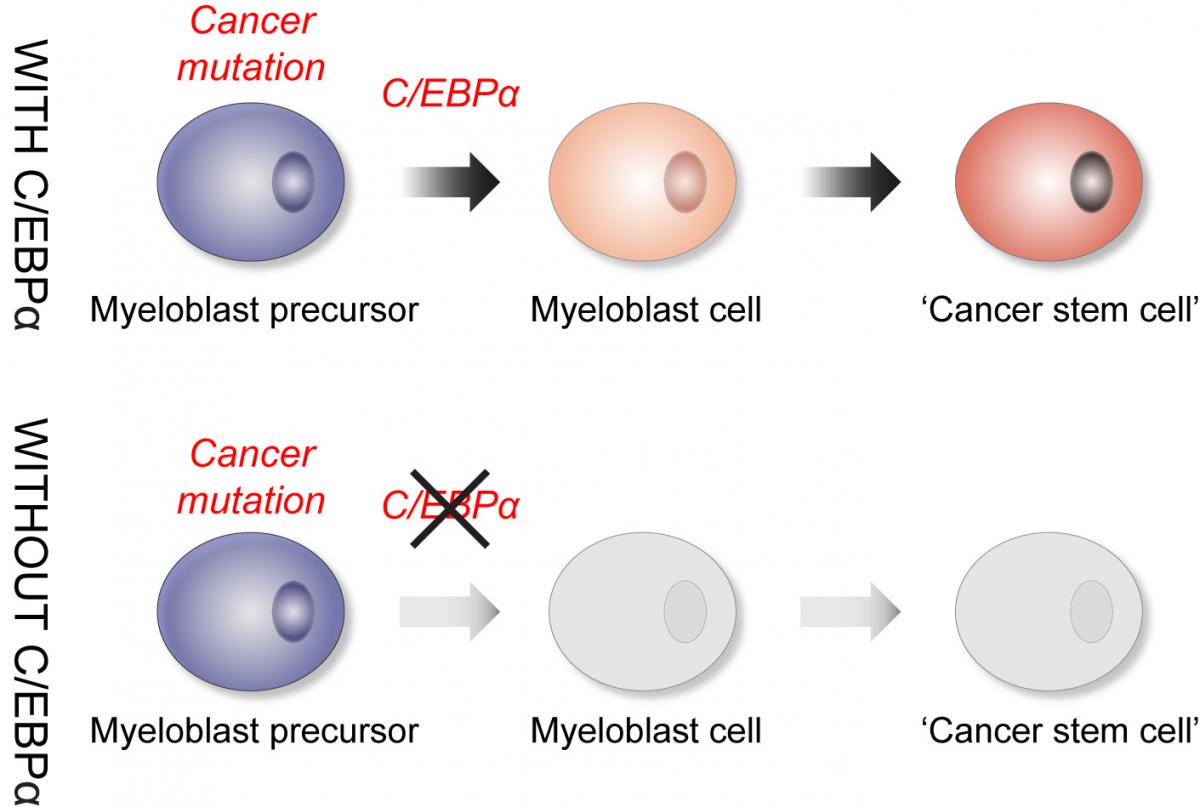 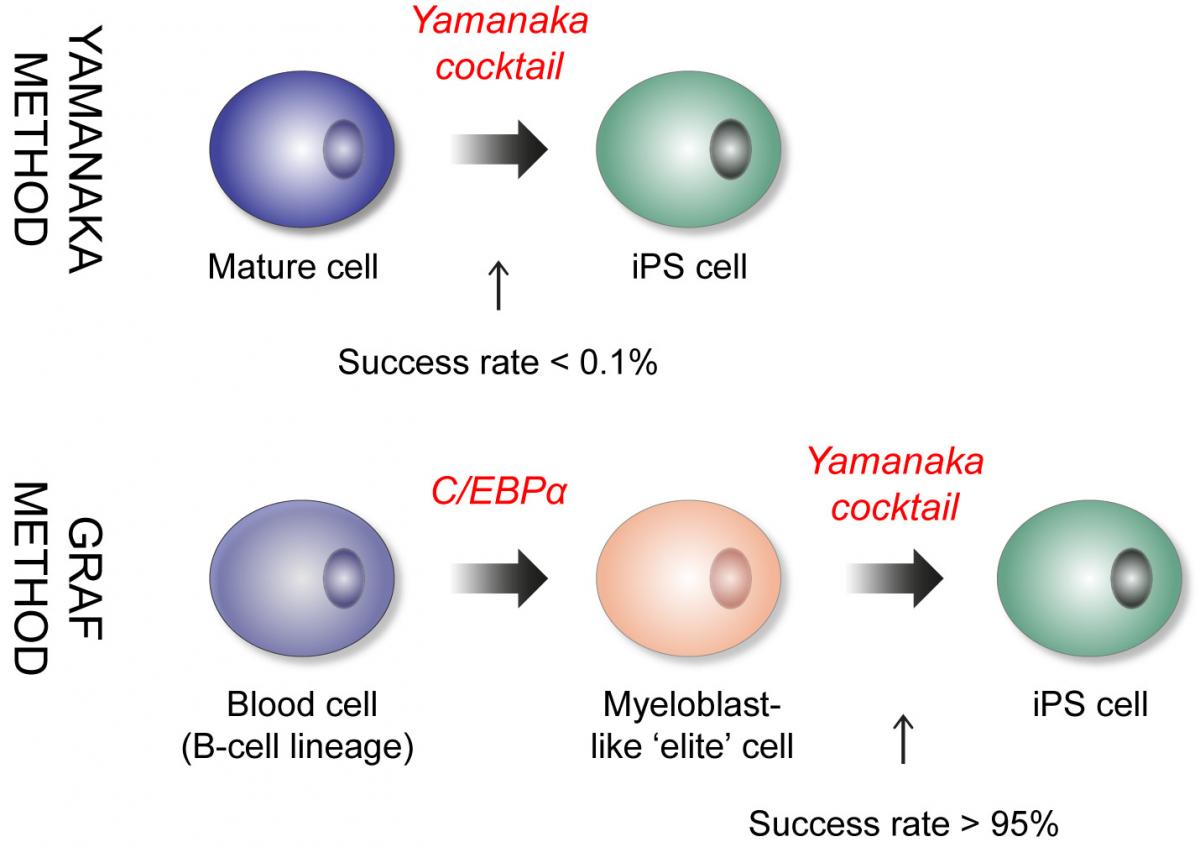 In work now published in Nature Cell Biology, Bruno Di Stefano in Graf’s group, in collaboration with Janus Jakobsen and Bo Porse from the Biotech Research and Innovation Centre at the University of Copenhagen, Samuel Collombet and Denis Thieffry from the Ecole Normal Superieure in Paris, and Michael Wierer and Matthias Mann from the Max Planck Institute in Martinsried, found that C/EBPa changes the chromatin and the proteome of B-lymphocytes to make it receptive to the action of the Yamanaka factors. “We have made major advances to understand how C/EBPa contributes to cell reprogramming, allowing us to obtain elite cells in a highly effective manner. We also found that such artificially created elite cells are very similar to white blood cell progenitors in the bone marrow called ‘GMPs’ or myeloblasts, which themselves require C/EBPa for their formation,” explains principal investigator Thomas Graf. Importantly, GMPs are also a sort of ‘elite cells’ for cancer, as animals in which C/EBPa is removed become resistant to the development of acute myeloblastic leukemia since their myeloblasts are unable to respond to oncogenes required for tumor formation. The new studies therefore showed that the transcription factor C/EBPa establishes a connection between the formation of pluripotent stem cells, the specification of blood cells in the bone marrow, and the generation of myeloblastic cancer cells. “Our findings may have implications for both the improvement of protocols to generate stem cells needed in regenerative medicine and the discovery of new targets for treatment of myeloid leukemia” states Bruno Di Stefano, co-first author of this work at Graf’s laboratory in the Centre for Genomic Regulation (CRG) in Barcelona, Spain and currently working at Harvard University, United States.  “Our work sheds new light on how changes in protein stability and chromatin accessibility influence cell proliferation and cancer,” adds Janus Jakobsen co-first author of this work.

The new study has been funded by the Spanish Ministry of Economy and Competitiveness, the Catalan ‘La Marató’ Foundation, the Catalan Government, the European Research Council (ERC) Synergy Grant (4D-Genome), the European Molecular Biology Organisation (EMBO) and the NovoNordisk Foundation