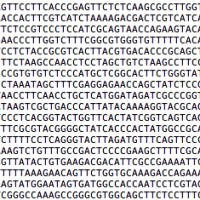 In the largest ever genetic study of developmental disorders, 14 previously undiagnosed disorders have been newly discovered.

This project is a new example on the importance of a secure data management and storage. In this case, all relevant data can be found at the European Genome-Phenome Archive (EGA), which is a service for permanent archiving and sharing of all types of personally identifiable genetic and phenotypic data resulting from biomedical research projects. The EGA contains exclusive data collected from individuals whose consent agreements authorise data release only for specific research use or to bona fide researchers and provides a system for the secure archiving and dissemination of such data.

Access to these genomic data allows scientists to perform challenging research projects while taking advantage of genetic and phenotypic data from other studies. The EGA is not only contributing to make these genomic data available to the international scientific community but also protecting the privacy of human donors.

The European Genome-phenome Archive (EGA) is jointly managed and available at the European Bioinformatics Institute (EBI) and the Centre for Genomic Regulation (CRG). The EGA-CRG is partially supported by “la Caixa” Foundation.