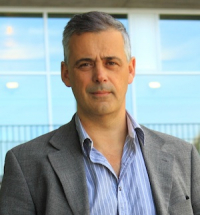 From basic research to clinical application and into the marketplace.

The “Mico pLung” project, coordinated by researcher Luis Serrano, head of the Design of Biological Systems group at the Centre for Genomic Regulation (CRG) has been selected for funding from the European Research Council (ERC) “Proof of Concept” programme. This initiative, which provides 150,000€ for projects previously awarded ERC grants, aims to help convert research innovations into marketable applications.
The Proof of Concept funding initiative was conceived to bridge the gap between basic research and the commercialisation of any innovations. The programme requires that the Principal Investigators of the projects to demonstrate the relationship between their research and discoveries and any possible application.
The project Mico pLung, is the proposal of Luis Serrano, ICREA research professor and scientist at the CRG, who received funding in this round. This project looks to develop new possibilities in the treatment of respiratory and genital tract illnesses based on the use of bacteria to act as vectors which, instead of causing illnesses, could cure them.
The inception of this project stems from the results obtained from other research carried out by Dr. Serrano: the project CellDoctor. CellDoctor received 2.4 million Euros from the ERC in 2009 to completely understand a tiny bacteria, to be able to genetically manipulate it and eventually make it a healing agent acting from within our cells. CellDoctor has been a success and a huge scientific advance. The results of the project have been published in the most prestigious journals, including 3 articles in the same issue of the number one journal Science, in November 2009.
Now, thanks to the Proof of Concept programme, the work begun by CellDoctor is making the leap to innovation. The research goes beyond the generation of knowledge; it is arriving in the marketplace and having impact on society.
“The initial project was already pointing towards, ultimately, medical application which, thanks to the help of Proof of Concept, we will be able to develop. The CRG is a centre for basic research and is driven to advance knowledge for the good of society, public health and the economy. This project is a clear example of that which enables us to build alliances with the biomedical industry and also direct our efforts towards more clinically applied research”, commented Luis Serrano, principal investigator of the project.
Further information:
Press Office – Centre for Genomic Regulation
Juan Manuel Sarasua / Laia Cendrós
Juan.sarasua@crg.eu / laia.cendros@crg.eu
Tel. 93 316 02 37 – 607 611 798
Additional information:
In September 2012 the first 33 projects were chosen (only one of which was Spanish, from the Vall d'Hebron Institute of Oncology - VHIO). Last Tuesday the second selection took place, with 27 more projects being selected, for a total of 60 projects selected, four  of them Spanish: