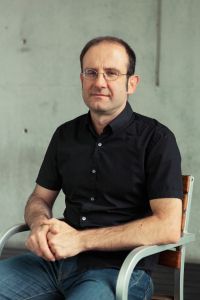 What do foodstuff like muffins, bread or tomato sauce have in common? They all contain different amounts of white refined sugar. But, what perhaps may result amazing is that this sugar is probably sourced from a plant very similar to spinach or chard, but much sweeter: the sugar beet. In fact, this plant accounts for nearly 30% of the world’s annual sugar production, according to the Food and Agriculture Organization for the United Nations (FAO). Not in vain for the last 200 years, has it been a crop plant in cultivation all around the world because of its powerful sweetener property.

Now, a team of researchers from the Centre for Genomic Regulation (CRG) and the Max Planck Institute for Molecular Genetics (Berlin, Germany), lead by Heinz Himmelbauer, head of the Genomics Unit at the CRG in Barcelona, together with researchers from Bielefeld and further partners from academia and the private sector, have been able to sequence and analyse for the first time the sweet genes of beetroot. The results of the study, that will be published today in Nature, shed also light on how the genome has been shaped by artificial selection.

“Information held in the genome sequence will be useful for further characterization of genes involved in sugar production and identification of targets for breeding efforts. These data are key to improvements of the sugar beet crop with respect to yield and quality and towards its application as a sustainable energy crop”, the authors suggest.

Sugar beet is the first representative of a group of flowering plants called Caryophyllales, comprising 11,500 species, which has its genome sequenced. This group encompasses other plants of economic importance, like spinach or quinoa, as well as plants with an interesting biology,  for instance carnivorous plants or desert plants.

27,421 protein-coding genes were discovered within the genome of the beet, more than are encoded within the human genome. “Sugar beet has a lower number of genes encoding transcription factors than any flowering plant with already known genome”, adds Bernd Weisshaar, a principle investigator from Bielefeld University who was involved in the study. The researchers speculate that beets may harbor so far unknown genes involved in transcriptional control, and gene interaction networks may have evolved differently in sugar beet compared to other species. The researchers also studied disease resistance genes (the equivalent to the immune system in animals) which can be identified based on protein-domains. These genes turned out as particularly plastic, with beet-specific gene family expansions and gene losses.

Many sequencing projects nowadays targeted at the analysis of novel genomes also address the description of genetic variation within the species of interest. Commonly, “this is achieved by generating sequencing reads obtained from high-throughput sequencing technologies, followed by alignment of these reads against the reference genome to identify differences”, explains Heinz Himmelbauer, a principle investigator of this study.

The current work, nevertheless, went one step further and generated genome assemblies from four additional sugar beet lines. This allowed the researchers to obtain a much better picture of intraspecific variation in sugar beet than would have been possible otherwise. In summary, 7 million variants were discovered throughout the genome. However, variation was not uniformly distributed: The authors found regions of high, but also of very low variation, "reflecting both the small population size from which the crop was established, as well as the human selection, which has shaped the plants’ genomes. Additionally, gene numbers varied between different sugar beet cultivars, which contained up to 271 genes not shared with any of the other lines", as Juliane Dohm and André Minoche, two scientists involved in the study commented.

The researchers also performed an evolutionary analysis of each sugar beet gene in order to put them into context with already known genes of other plants. This analysis allowed them to identify gene families that are expanded in sugar beet compared to other plants, but also families that are absent. Notably such gene families were most commonly associated with stress response or with disease resistance, added Toni Gabaldon, group leader in the CRG Bioinformatics and Genomics programme and ICREA research professor.

Finally, the work also provides a first genome sequence of spinach, which is a close relative of sugar beet.

Thanks to the sugar beet genome sequence made by the researchers and the associated resources generated, future studies on the molecular dissection of natural and artificial selection, gene regulation and gene-environment interaction, as well as biotechnological approaches to customize the crop to different uses in the production of sugar and other natural products, are expected to be held.

“Sugar beet will be an important cornerstone of future genomic studies involving plants, due to its taxonomic position”, the authors claim.