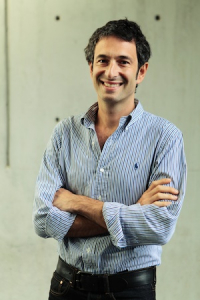 Only around 1% of RNA is known to contain valuable and useful information for protein synthesis. For a long time, it was believed the remaining 99% was simply junk, evolutionary trash with no function at all. Recently scientific evidence has led to the realisation that this enormous concentration of molecules, rich in potential information and functions, does interact with proteins to carry out diverse processes within the cells, essential to survival. Nevertheless, the complete set of RNA-binding proteins has not yet been identified, and neither are their targets nor their interactions characterised.

Now, researchers at the Centre for Genomic Regulation (CRG) have shed light on RNA and protein interactions. Specifically, they have been able to establish trends in these interactions that can be linked to diseases like cancer.

The CRG researchers used the catRAPID algorithm to perform large-scale predictions of protein-RNA interactions based on physicochemical principles. They compared their predictions with experimental data and saw an interesting trend. “Protein-RNA pairs with a strong propensity to bind have either correlated or anti-correlated expression patterns in several human tissues”, says Gian Gaetano Tartaglia, the biochemist and proteomics expert who heads up the Gene Function and Evolution Group at the CRG.
In other words, if a protein-RNA pair is prone to interaction, the association can lead to two possible scenarios: function or dysfunction. Whether it is one or the other depends on the relative abundance of the two molecules. “In an anti-correlated pattern, the protein is abundant and the transcript is poorly expressed in all the tissues; if this changes, the interaction gives rise to tumours and cancer”, points out Tartaglia, main author of the paper just published in Genome Biology.

In an earlier investigation, Tartaglia’s group also found patterns leading to neurodegenerative diseases. “Most of the time proteins aggregate they form amyloid deposits which are linked to pathogenesis. Aggregation very much depends on the concentration of proteins within the cells and this concentration is regulated by a number of RNA events. If one of these events goes wrong, an aggregation appears because there is too much of that protein. Cancer and neurodegenerative diseases are linked by the fact that concentrations matter. The expression of both RNA and protein is very important in determining the functionality of cellular pathways”, Tartaglia adds.

A key ingredient in both investigations is catRAPID, a globally unique method that has been validated with a huge amount of protein-RNA interactions. The main goal of this software, a free tool available on the CRG’s website, is to guide the design of experiments towards understanding the role of non-coding RNA in regulatory networks. Up to now, “almost every event reported to be caused by the misregulation of protein-RNA associations has been well predicted by our method”, comments Tartaglia.

Using catRAPID, CRG researchers were able to analyse a very large quantity of data, no less than 55 million interactions, a task that took almost 18 months of calculations on several multiprocessor computers with cutting-edge technology. Without this algorithm, the gigantic operation would have probably taken an entire century and an army of people to carry out all the experiments necessary.

“Nowadays we are accumulating huge amounts of data, the problem is how to surf this data, it is like trying to swim in the middle of the ocean not knowing in which direction to go. Our philosophy is to start with a hypothesis and try to see whether we can follow it through the experimental data using our theoretical framework. It is very helpful in reducing the time and cost of experiments”, Tartaglia points out.
The researchers hope that these results will provide new insights for the investigation of a large number of diseases. Indeed, their approach could be exploited for the early detection cancer, right at the beginning, even before a phenotype or manifestation at the level of necrosis, for instance, is observed.