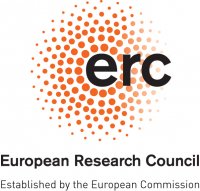 The European Research Council (ERC) has just announced today the results of their Synergy Grants call for proposals. This call is addressed at scientific projects carried out by different interdisciplinary groups of researchers tackling issues at the forefront of knowledge, new areas of research, and novel methods and techniques. The call aims to reward proposals that demonstrate synergies, with complementary aspects and which contain added value to enable progress that would be impossible for researchers working individually.

Four research groups from the Centre for Genomic Regulation (one of them co-affiliated with the Centro Nacional  de Análisis Genómico) in Barcelona have been awarded one of these prestigious grants for their joint project "4D-genome: Dynamics of human genome architecture in stable and temporal changes in gene expression". This project aims to address the 3D structure of the human genome and its role in gene expression from various different points of view.

"It is very important for us to have obtained this grant. The level demanded is very high, it has been a very hard process and we are very pleased with this achievement", says Miguel Beato, group leader at the CRG and coordinator of the project receiving the ERC Synergy Grant. "Thanks to this support we can address one of the biggest challenges surrounding the human genome and study the importance of its three-dimensional structure in time and space in relation to gene expression", explains the researcher.

The genome is not only a group of letters
The classic way of studying the genome as a linear text is being displaced by the new dynamic and complex vision of the organisation in the nucleus. We now know that a gene's location in space modulates the expression of the genome, although we still are unable to explain what the relationship is for establishing and maintaining this interaction. To address this issue, the 4D-Genome project brings together a variety of research groups that study the genome from different angles.

"With this project we intend to take full advantage of the experience and different capabilities of the members of the team to characterise the dynamics of the three-dimensional structure of the genome and discover to what extent gene expression is modulated in response to external stimuli", comments CRG group leader Guillaume Filion. To this end the project involves groups with expertise in various areas that will enable the project to be tackled at different levels and scales. The group of Marc A. Marti-Renom (CNAG-CRG), expert in 3D genome modelling, along with the group led by Guillaume Filion (CRG), expert in interactions and response to genetic alterations from a statistical-mathematical point of view, will provide the theoretical framework for studying the 3D structure of the genome in time and space. At the same time, the groups of Miguel Beato (CRG), expert in chromatin dynamics and hormonal response in breast cancer cells, and that of Thomas Graf (CRG), expert in the control of cell differentiation through blood cell transcription factors, will provide case studies and cell models for looking at the role of the three-dimensional configuration in gene expression. All this is only possible thanks to the latest-generation technology and collaboration between institutions and infrastructures. "Barcelona has the technological capacity to carry out this project under the coordination of the CRG, with the essential participation of the CNAG and in collaboration with the BSC and ICFO", indicates Marc A. Marti-Renom, the CNAG-CRG group leader who is responsible for integrating the genomic data produced by the CRG.

In the long term, the researchers hope to produce a three-dimensional map of the properties of the genome and its expression that will allow us to better understand how the genome responds to external changes and manages to control gene expression. Both aspects are enormously important and have repercussions for human health.

Attracting European funds strengthens the science of excellence
With this call the CRG strengthens its position and continues to be the Spanish centre awarded the most ERC grants in life sciences and the 4th Spanish institute with more ERC grants in all areas.

In particular, the project we are presenting today has a grant of 12.2 million euros to be distributed among the four participating research groups over 5 years. With the annual budget of the CRG being around 30 million euros, this achievement is a great challenge for the centre. The main advantage of this type of support is the total independence that it gives to researchers, covering the direct costs of the project and a portion of the indirect costs.

Luis Serrano, director of the CRG and ICREA research professor comments: "Getting this type of grant allows us to consolidate and maintain the science of excellence that we are carrying out at the centre and highlights its value at the European and international levels." So far, the CRG has been awarded funds in all of the ERC categories and has 8 Starting Grants, 3 Advanced Grants, a Consolidator, a Proof of Concept and, now, a Synergy Grant. Together they add up to 31.8 million euros, which represents 60% of the total EU 7th Framework Programme funding of 52.6 million euros received by the CRG. "These figures make it clear that commitment to science of excellence not only translates into the advancement of knowledge for the benefit of society, but also promotes a change of economic model bringing wealth into the system," adds Serrano.
Please, read here the ERC press release about the Synergy Grants results.