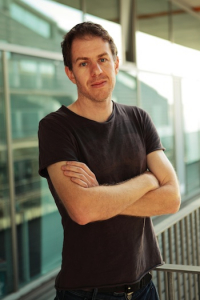 Ben Lehner, head of the Genetic Systems research group and ICREA research professor at the Centre for Genomic Regulation (CRG), in Barcelona, ​​has just been awarded a Consolidator Grant from the European Research Council (ERC), for his project "Individual robustness in development and cancer." The grant awarded to Lehner amounts to 1,996,812 euros for a 5-year project.

This is the first Consolidator Grant competition of the ERC, whose funding will enable already independent excellent researchers to consolidate their own research teams and develop their most innovative ideas across the European Research Area.

The objective of Lehner’s project is to understand the cellular and molecular mechanisms that confer this robustness to perturbation in biological systems and why this robustness varies across individuals. To achieve this, Lehner will address three specific questions throughout the project:

According to Lehner: “Understanding and predicting variation in robustness is both a fundamental challenge for biology and one that is central to the development of personalised and predictive medicine. This is because a patient does not want to know the typical outcome of a mutation or treatment; they want to know what will actually happen to them. The work outlined in this project will contribute to our basic understanding of robustness and its variation among individuals, and it will also directly tackle the problem of predicting and targeting variation in robustness as a strategy to kill tumour cells.”

It is the second time Lehner receives support from the ERC. In the first call of the Starting Grants in 2007, his project titled "2-HIT" was one of the 299 selected. In 2010 he was selected EMBO Young Investigator and awarded the 2010 FEBS Anniversary Prize. In 2011 he received the 'Ciutat de Barcelona' Award for Scientific Research. In 2012 he was awarded the Banc Sabadell Prize for Biomedical Research and the National Research Award to Young Talent from the Catalan Foundation for Research and Innovation. Finally, in 2013 he received the Eppendorf Award for Young Investigators.

In Spain, the Centre for Genomic Regulation is one of the centres with more ERC awarded scientists in the category of Life Sciences (15: 7 Starting Grants, 3 Advanced Grants, 1 Proof of Concept, 4 Synergy).

The European Research Council (ERC) selected yesterday 312 top scientists in its first Consolidator Grant competition. These mid-career scientists are awarded a total of nearly €575 million. Grants are worth up to €2.75 million each, with an average of €1.84 million per grant.