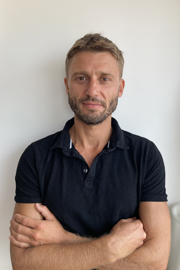 During development, sequential cell conversions lead to the generation of a wide variety of different cell types. Transcription factors (TF) play a central role in the establishment of new cell identities by activating a new gene expression program and silencing the old one. Recently, chromosome conformation capture techniques revealed hierarchical levels of 3D genome organization in the nucleus and a crucial role of genome topology as a new player in gene regulation has been proposed.

In the lab we are studying the role of chromatin architecture and specific TF in cell fate conversion and malignant transformation. Among others, we are using a human transdifferentiation system in which ectopic expression of CEBPA converts leukemic B cells into non-tumorigenic induced macrophages. We exploit cutting-edge technologies (Hi-C, UMI-4C, RNA-seq, ATAC-seq, Cut and Tag, optogenetics, auxin degron system, CRISPR/Cas9) in order to investigate the interplay between genome organization, TF binding, gene expression and cell fate determination.

Our approach combines experimental and computational biology and aims to decipher the architectural role of transcription factors in shaping the chromatin organization and determining cell fate. Beyond our fundamental discoveries, we aim to identify 3D genomic features and mechanisms associated to malignant transformation that could be useful to develop new therapeutic targets.