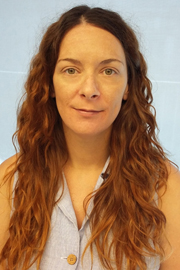 Intracellular compartmentation and protein secretion are basic cell biological processes of fundamental importance. The so-called classical secretory pathway describes how proteins destined to reach the extracellular space (e.g. hormones, collagens) are first synthesized at the endoplasmic reticulum, packed into vesicles and sent off to the Golgi apparatus, where there is further sorting, and finally a vesicle delivers the secretory protein outside the cell by fusing with plasma membrane.

However, some secreted proteins, such as interleukin 1-beta, diazepam binding inhibitor (aka Acb1), and insulin degrading enzyme, reach the extracellular space without the ability to enter the classical secretory pathway. In the lab, we are interested in understanding the this “unconventional” mode of protein secretion. Using both mammalian systems and yeast as a model organism, we wish to unravel the molecular events that allow the selection and secretion of a cytoplasmic protein, typically under specific conditions of cellular stress, such as starvation or inflammation.

We have defined a pathway that requires the involvement of a novel cellular compartment called CUPS (compartment for unconventional protein secretion), which forms upon starvation and is a hybrid of Golgi and endosome membranes (Curwin et al 2016). Proteins such as Acb1 and SOD1 are secreted via this pathway and a di-acidic motif within these proteins is also required for their secretion (Cruz-Garcia et al, 2017). However, much remains to be understood about the molecular details of selection, sorting and ultimately secretion.